Kodak wants to give photographers a new revenue stream and a secure platform for protecting their work by creating the KODAKOne platform and KODAKCoin cryptocurrency. The company partnered up with WENN Digital, and together they are launching a blockchain platform centered around (what else than) photography. They aim to empower photographers and agencies to take greater control of image rights management. The idea is that photographers will be able to use the blockchain to register their works, receive payment in cryptocurrency, or pay companies for marketing, for example.

Kodak company (founded in 1888) is best known for its photography-related products, and this is the first time the company revealed its interest in the cutting edge technology. Kodak went bankrupt in 2012 and had to sell many of its patents (to Apple, Google, Amazon, Samsung, and Adobe Systems). On September 2013, the company emerged from bankruptcy, and since then it has focused more actively on printing and digital film.

KodakCoin ICO will open on January 31

For many in the tech industry, ‘blockchain’ and ‘cryptocurrency’ are hot buzzwords, but for photographers who’ve long struggled to assert control over their work and how it’s used, these buzzwords are the keys to solving what felt like an unsolvable problem…Kodak has always sought to democratize photography and make licensing fair to artists. These technologies give the photography community an innovative and easy way to do just that.

The initial coin offering will open on January 31, 2018. This initial Coin Offering (ICO) is issued under SEC guidelines as a security token. The ICO is open to accredited investors from the U.S., UK, Canada and other select countries. For more information visit kodakcoin.com. 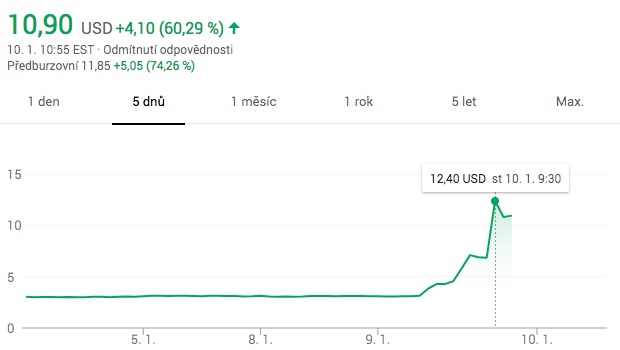 From an investor’s perspective, Kodak shares soared right after the announcement. Kodak shares went from $3.15 per share on 9 Jan, 12 pm to as high as $10.82 on 10 Jan at 10 am according to Google data. The price is stabilizing at around $9.20.

One can only expect we will see more companies creating their own cryptocurrencies in 2018.