The founder of LiteCoin, Charlie Lee, has announced that he sold or donated all of his Litecoin. He decided to do so because of the potential conflict of interest.  Whenever he posts something about Litecoin on Twitter the price of LTC spikes. He has lots of influence and many people think he uses it for his own benefit.

Why did he sell all his LTC?

Over the past year, I try to stay away from price related tweets, but it’s hard because price is such an important aspect of Litecoin growth. And whenever I tweet about Litecoin price or even just good or bads news, I get accused of doing it for personal benefit. Some people even think I short LTC! So in a sense, it is a conflict of interest for me to hold LTC and tweet about it because I have so much influence.

The amount of coins that Charlie Lee sold was a small percentage of GDAX’s daily volume. What is more important is the fact that the sale was planned and did not crash the market.

The chart bellow shows the price of Litecoin in the week leading up to the sale. 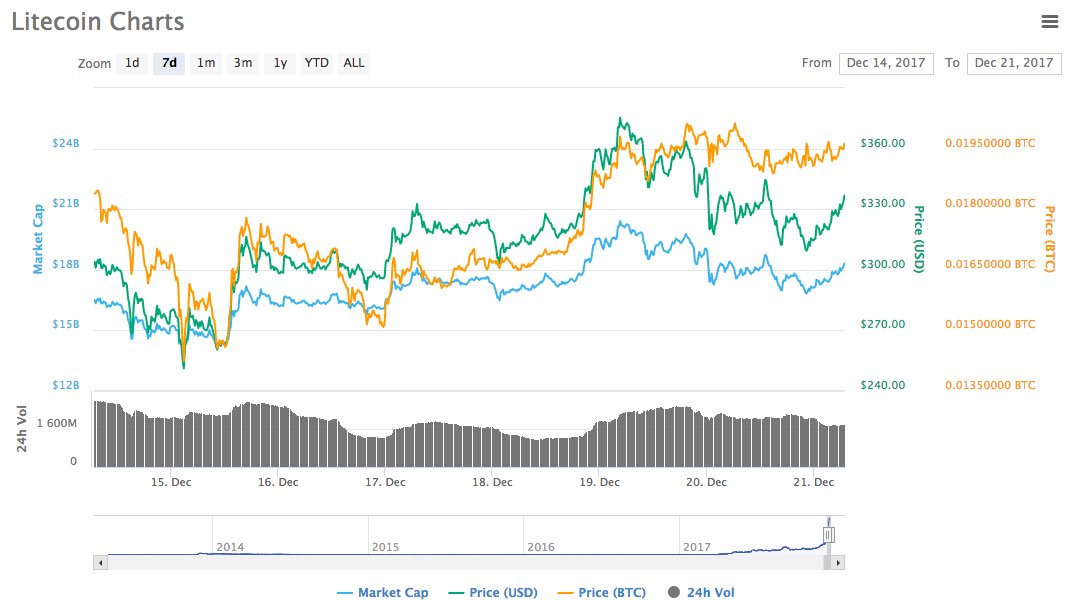 Lee has stated that he is not quitting Litecoin development. He made a decision to fully devote himself to Litecoin and that decision hasn’t changed.

Don’t worry. I’m not quitting Litecoin. I will still spend all my time working on Litecoin. When Litecoin succeeds, I will still be rewarded in lots of different ways, just not directly via ownership of coins. I now believe this is the best way for me to continue to oversee Litecoin’s growth.

Follow Charlie Lee on Twitter, he is one of the most influential people in cryptocurrency and blockchain development at large.