As Asia’s fintech hub, Singapore offers an ideal place to host a large-scale blockchain gatherings. Aiming to become an annual event, De/Centralize conference premiered this year introducing a wide range of topics and bringing together a large number of guests and speakers.

Panels and presentations offered interesting perspectives on the future of blockchain in tech, economics and law. Use cases were discussed from both social and business perspective.

Implementing blockchain technology into businesses brings about many interesting issues, some of which has been subjects to debate during the conference.

One of the issues discussed is the possibility for service users to monetize their participation while using certain services. Since companies can issue reward tokens that can in turn be exchanged for other currencies, users can now be financially rewarded for their active participation within the system.

Fysical, a company introduced during the conference by its CEO Ben Smith, is an example of a model that embodies this core idea of user incentivization. Fysical is a decentralized location data market that exists as an alternative to traditional centralized data exchanges. Data providers are able to actively decide which data they want to share and can directly capitalize on providing their location data or spending time to validate the authenticity and quality of the data being provided.

Businesses such as Fysical are becoming a disruptive force against traditional data providers such as Facebook and Google who are accessing and selling users’ data without any financial reward for the users whose data they are selling.

Another interesting topic discussed during the conference is an issue of security, especially when talking about projects based off of public blockchains. In the past years, we have witnessed multiple cyber attacks resulting in millions of dollars being transferred into untraceable private accounts.

The issue here is that it is very unclear who is in charge of security and defence against cyber attacks in cases of public blockchains. Traditionally, an institution managing any virtual assets is itself responsible for managing security issues. This central authority is missing from in case of a public blockchain system and each individual essentially has to protect himself.

A solution presented at the conference by John Kirch of Sentinel Protocol is based on each participant in the system acting as a security sentinel, leveraging collective intelligence in order to spot and eradicate potential threats to the system.

Blockchain as a social tool 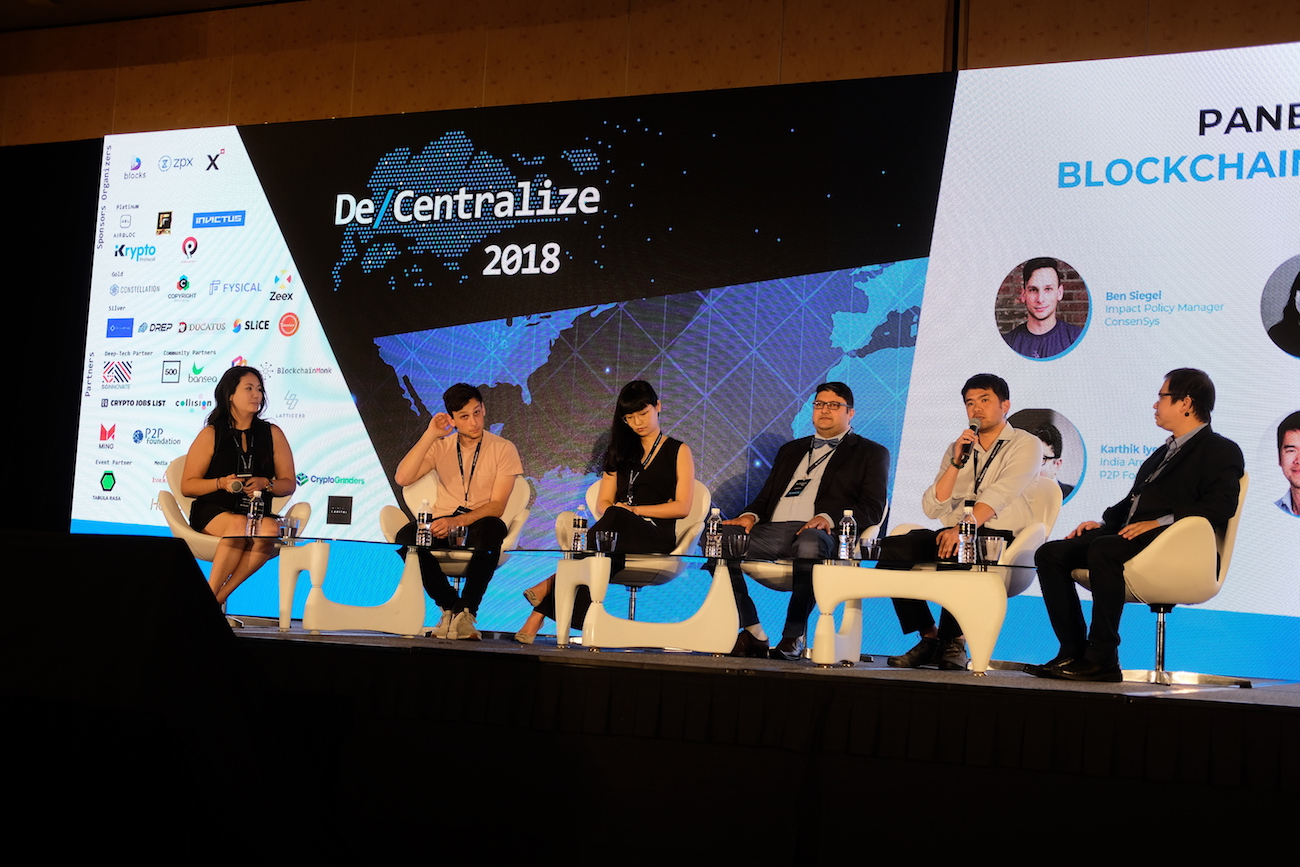 Blockchain technology offers unprecedented opportunities for improvement in the social sphere on a global scale; from healthcare, through banking and government to charity and many more.

Recent issues during presidential elections in the US reminded us all how important secure voting system is in civil societies. Voting systems are susceptible to various kinds of attacks resulting in rigged election results. Voting machines, similarly to any other hardware, are prone to malfunctions and cases when non-existent or deceased individuals participated in elections are not uncommon.

Blockchain based voting systems present an elegant and secure solution to address these problems.

Jaron Lukasiewicz, COO of Agora, introduced a blockchain based voting solution aiming to provide transparency during elections. The company participated as an international observer during elections in Sierra Leone earlier this year where they had the opportunity to test their system in real-life situation.

Charities often find themselves under scrutiny for non-transparent fund management. This has left certain members of the public disillusioned and unwilling to participate in charity projects. Yet again, blockchain technology is able to resolve this issue by providing immutable and transparent information on each listed charity project.

A very interesting project introduced during the conference by its CEO Raphael Mazet is Alice. Alice is a platform featuring a number of charity projects. Using smart contract-based incentives it helps organizations to run their projects transparently and produce independently verifiable results. Donors can easily see what impact their donations make and which projects are worth backing without having to conduct a time-consuming research.

Above are just a few examples of what was discussed during De/Centralize 2018. The conference gathered many inspirational speakers and sparked thought-provoking discussions about future application of blockchain technologies and current challenges in the industry.

The closing panel especially sparked a number of interesting questions: Is a complete decentralization possible and is it even desirable? What is the future role of the government? Are governments going to compete for citizens in the virtual space?

Tell us what you think in the comments.

What is Yield Farming in Decentralized Finance (DeFi)?